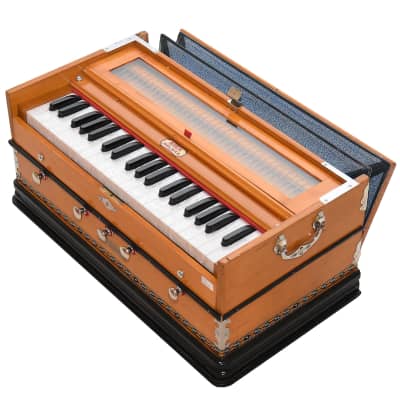 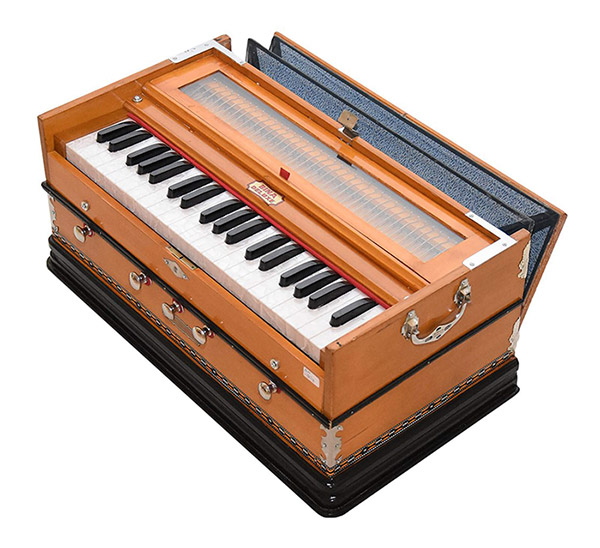 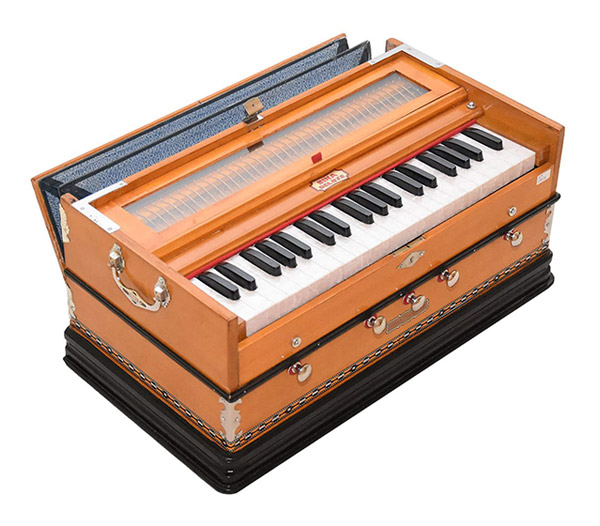 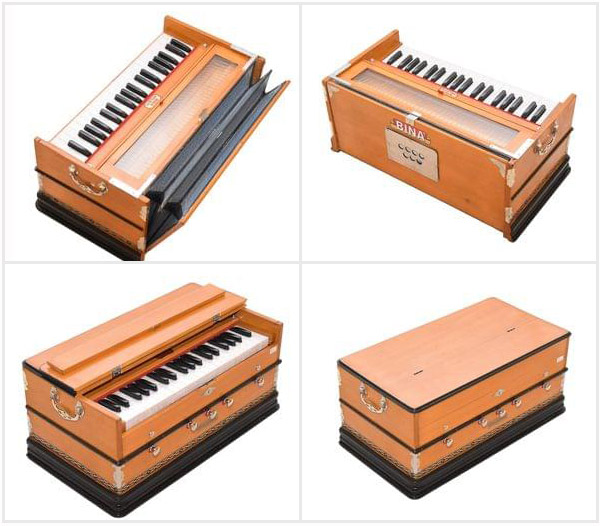 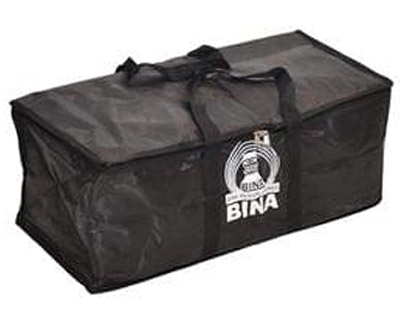 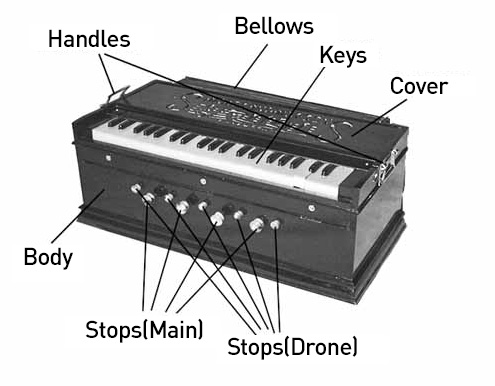 Body - The body is the box that houses the various parts of the harmonium.  There are two basic styles.  One style is simply a box with everything in a fixed position (see above illustration).  Another style collapses down into a suitcase style of enclosure.  There are several collapsible styles; one is shown in the right hand illustration.

Keys - The keys, known in India as "chabi", are the small wooden controls that the performer fingers to play the music.  There are black keys and white keys.  Although the keyboard is reminiscent of the keyboards found on pianos and other Western instruments, the international standard for pitch (i.e., A=440) has not been adopted.

Cover - The cover is a small piece of wood, sometimes with cloth or glass, which covers the workings of the harmonium.  It serves two functions.  The most important is to protect the workings against damage.  It also changes the sound by muting the higher frequencies while allowing the lower frequencies to pass.  Sometimes the cover has a sliding panel which makes this muting action adjustable.

Stops (main) - The main stops are a series of valves which control the way that air flows in the instrument.  The main stops control the air flowing into the various reed chambers.  There are usually a minimum of one stop per reed chamber; however it is not unusual to find more than one per chamber.  Although these extra stops may control special functions, such as tremolo, it is not unusual to find a redundant stops with no special function.  This reflects the tendency of Indian musicians to simply open up all the stops, regardless of the function.

Stops (drone) - The drone strops are the most distinguishing feature of Indian harmoniums.  These stops control the flow of air over un-keyed reeds.  They simply drone their particular pitch.  There may be any number of drones set to any pitch; however they tend toward, A sharp, C sharp, D sharp, F sharp, and G sharp.

Handles - The handles allow for easy transport of the harmonium.  In a box type, there are two handles on the sides.  In a suitcase style, there is only a single handle.

The harmonium is also known as peti or baja. This instrument is not a native Indian instrument. It is a European instrument which was imported in the 19th century. It is a reed organ with hand pumped bellows. Although it is a relatively recent introduction, it has spread throughout the subcontinent. Today, it is used in virtually every musical genre except the south Indian classical.

Although this is a European invention, it has evolved into a truly bi-cultural instrument. The keyboard is European, but it has a number of drone reeds which are particularly Indian. European models came in both hand pumped and foot pumped models. The foot pumped models disappeared in India many years ago. This is because the foot pedals required one to sit in a chair; something which is unusual for an Indian musician. Also the only advantage of the foot model was that it freed both hands so that both melody and chords could be played. Indian music has no chords, so this was no advantage. Although the hand pumped models required one hand to pump they were more portable and comfortable when played on the floor. There is an instrument which is very similar to the harmonium, but it has no keys. It therefore, is incapable of playing a melody and must merely play a drone. This is called a surpeti.
하모니움 교본
The Harmonium Handbook provides detailed instruction in how to play, maintain, and repair this popular devotional instrument. It also reveals the colorful history of free-reed instruments such as the harmonium, which dates back to the time of Marco Polo. The story behind the modern version of the harmonium is a fascinating testimony to the love, skill, innovation, and intermingling of many of the world’s great cultures.